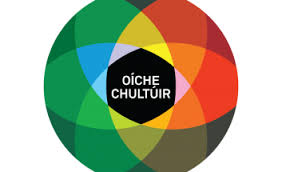 Delighted to be taking part in this event, which is being hosted by the mighty Sarah Clancy.

Culture Night – ‘The Book that Made Me A Reader’

And what book have I picked? An impossible choice, as I’m sure you will agree.                                At first I took the idea a bit too literally – as is my wont.  A kids comic, read aged four, isn’t going to hack it. Enid Blyton and the Chalet School books are all a bit obvious. When I’d got through all those and my brothers books, my mother pointed in the direction of her Agatha Christies on the bookshelf in the sitting room.  No wonder I was such a ghoulish teenager! But, though my car is called Agatha in honour of the same lady … no, Poirot and Marple aren’t the people for this gig.

So, what have I chosen? As you probably can’t come along to the session in Ennis library, I’ll let you in on the secret.  Walter Macken. As the bored child with nothing to read, I was given these Mackens by my darling Grannie. And I couldn’t stop reading his books. I devoured all of my grandmother’s copies, eventually buying more myself. I was still a young teenager.

And for afters? Zola. My father gave me ‘Earth’ (La Terre), when I was about fifteen. My love affair with Zola didn’t diminish. I even ended up buying the whole Rougon Macquart series a few years ago – in French!  There they were, in the front window of Scéal Eile – the gorgeous independent bookshop in Ennis. ALL of them. Calling to me.  So I bought them.

Reader, I’m a fool for a good book.

Delighted to have an article about the centenary of Galway writer Walter Macken in this week’s Clare Champion.

Check out http://www.antaibhdhearc.com for full details of the centenary celebrations.