There is, in the town of Loughrea, an organisation.

A group of people capable of severe seriousness, and rowdiness of the highest order.

This group, friends, is the Baffle Writers’ Group. And they’ve been going at it hammer and tongs for many’s the year. In fact, I overheard someone say 2016 is their 30th anniversary. You can find out more about them here. And the full details of the all the events.

Now, summat baffling popped up on Facebook during the week, so I emailed a writer well-versed (ahem) in the comings and goings of said Society. Yes, she said. There’s a DO. A bit of an EVENT. An annual SHINDIG. Get over to Loughrea pronto, and join the fun.   So I did.

And I was in such a rush I never posted it here under ‘Events’. Tut tut.

On Saturday night I met Anne Marie Kennedy (she being my Baffle ‘mole’) in Harney’s pub in Loughrea and registered for the Baffle poetry competition. Two heats  took place in different pubs, and fifteen people were picked to compete last night in the final, which was held at the Loughrea Hotel.

Well, all I can say is: this lot know how to put on a gig! Great emceeing by Declan, and super interval music from Cian, and – important this, poets are a hungry lot – lovely finger food from the hotel. Heartiest congratulations to all on ‘de comm-itt-eeee’.

The competition for the Baffle Turnip was fierce, and there was also the People’s Choice – voted by everyone in the audience. This year’s theme was ‘The Lady’s Revenge’. Why a turnip? You might well ask. Well, this time of year has the whiff of turnips about it, and I also heard the story of a man hanged for stealing a turnip during the Famine. Now, I heard a lot of stories last night. Those Bafflers are fierce men and women for shtooooorrrries!

The competition was judged by the writer Geraldine Mills. I would urge you to seek out some of her work. Before announcing the winners, she went through the list; with a positive word for everyone. A lady.

Noelle Lynskey took first prize with a lovely poem The Bed, and Tony Callinan (hope I spelt that correctly, Tony!) won both second prize and the People’s Choice for his extremely clever and funny poem about the Bafflers’ patron saint – Lady Margaret Kildysart.

My poem ‘Elizabeth Pepys Contemplates Adultery’ took third prize; I was chuffed to bits. That totally unexpected result was the icing on the cake on my first Baffle weekend.

Then it was home, and as the bould Samuel Pepys often said,  ‘So to bed.’

(With a celebratory cuppa) 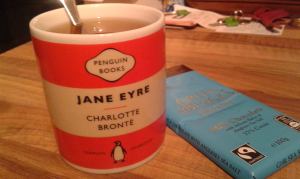